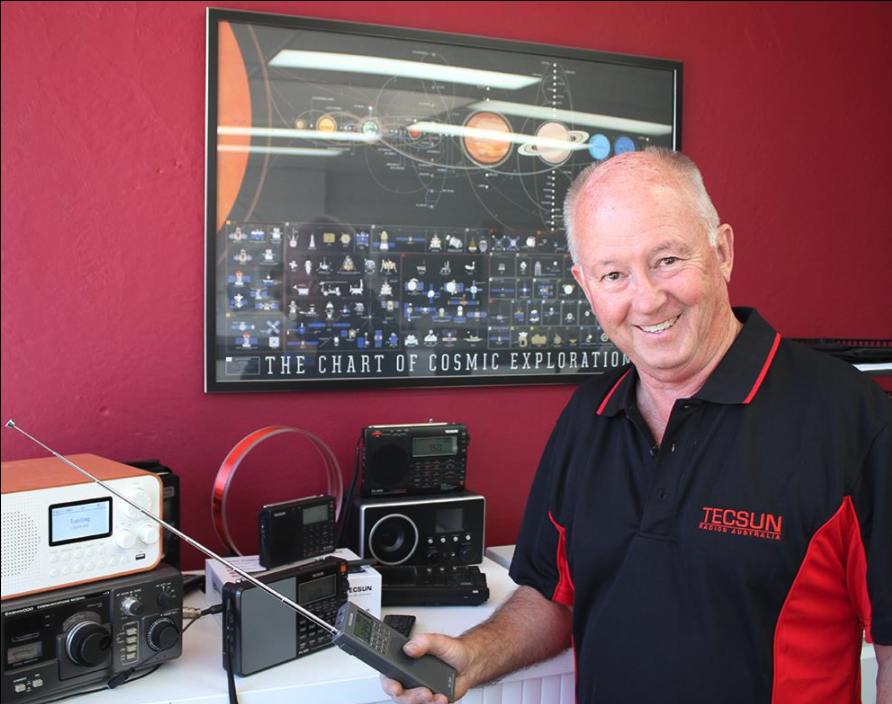 Our vision is to provide high quality, affordable radios to the market, proliferating the hobby of amateur radio and shortwave listening to the younger generation, as well as providing a high quality service for long time appreciators of the hobby. Our commitment to our customers is to endeavour to carry all models of radio in stock, have a fundamental understanding of how each radio model operates, and provide specialist advice on fringe radio reception.

When you purchase a radio from Tecsun Radios Australia you are supporting a small Australian business that support local jobs and local industry. We conduct all of our warehousing, marketing, advertising, printing, from local businesses and source our Australia pined AC chargers with C tick approval from an Australian supplier. Tecsun Radios also extends a wealth of product knowledge and experience to customers through our email and phone support channels to ensure customers receive the best advice and get the most from their radio purchase. Tecsun Radios Australia also provides the warranty on purchases in Australia and carries a range of spare parts to facilitate repairs.