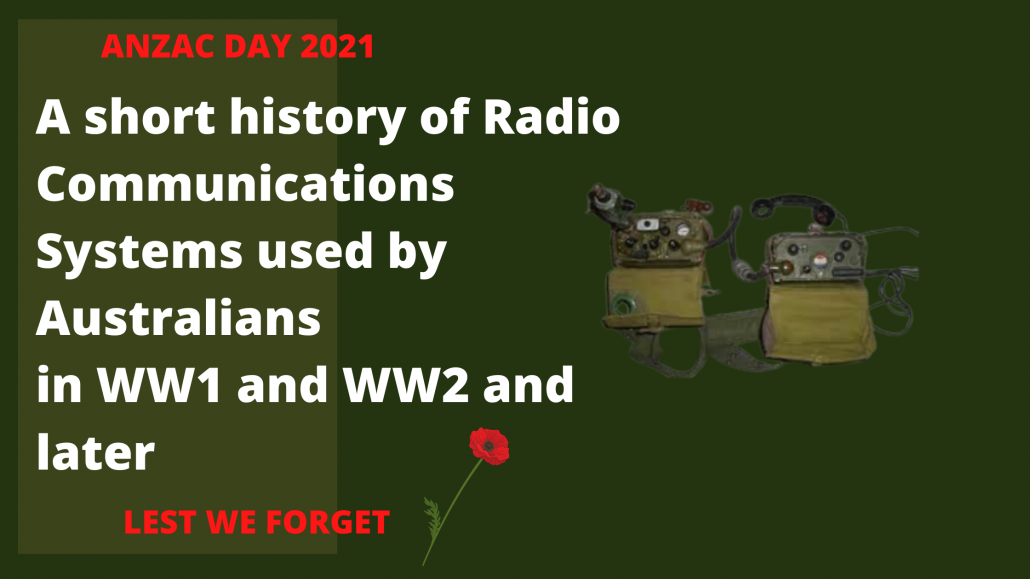 As ANZAC day approaches this year, it’s a good time to reflect on how radio communications has evolved over time, accelerated by wartime conflicts, and how difficult it must have been during times of conflict.

Prior to the introduction of radio communications, messages during wars were sent using dogs and homing pigeons. Short range communications utilised signalling lamps and mirrors with limited success

Towards the end of World War 1, the introduction of “spark” or “loop” radio sets, operating on the longwave band, and utilising CW (morse code) was recognised as a great step forward in technology. These sets were used between different groups on the battlefield, as great improvement over messengers who were continually under fire from snipers.

In September 1914, one month after the declaration of war, at the battle of Bita Paka, Australian forces attacked the German South Seas Wireless Station on the island of New Britain, conquering German New Guinea.

By the end of World War 1, despite the equipment being heavy and bulky, CW communications had been used by Australian military forces on land, sea and air.

Considered to be more advantageous to naval and airborne forces, where existing telegraph lines could not be employed, this technology paved the way for more advanced voice communications employed after 1920.

By 1939 local industry was gearing up to manufacture radio receivers for expected consumer demand of the new technology which provided news and entertainment from around the world.

Governments around the world soon realised that radio was a very effective propaganda tool. Nazi Germany and the British government used it to muster support from their respective populations. In fact the German military arranged the manufacture of millions of radio receivers which were subsidised, allowing access to the general population.

In America, the Office of Co-ordination began providing programming to commercial shortwave stations, in order to spread the news of the war in Europe and the Allied response.

At the end of August 1939 in Australia, all shortwave transmissions professional and amateur, were ordered shut down.

Whilst telephone and telegraph cables carried some traffic in war zones (a cable was laid under the English Channel between France and England), radio communications became a necessity during World War 2 and the simultaneous development of radar technology accelerated the development of “portable” radio transceivers, so large and heavy that they had to be transported by cart or jeep. In Australia, manufacturers like AWA, STC, Astor (Radio Corporation of Australia) and Kingsley began manufacturing radio equipment for land sea and air forces. Coastwatchers in northern Australia, Solomon Islands and New Guinea used AWA’s 3BZ receiver and 3BZ Teleradio transmitter to intercept Japanese communications and relay important information to the Australian and US navies patrolling the pacific. 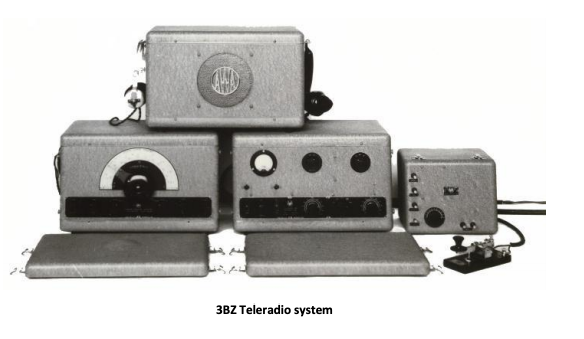 Typical of the bulky equipment of the time was the Number 11 set was manufactured by AWA. It was a combination transmitter receiver, operating on the HF bands, and drawing 2.9 amps on receive and 3.3 amps on low power transmit (1 watt), a far cry from today’s modern transceivers. It weighed 20Kg. Subsequent to the World Wars and both before and during the Korean and Vietnam Wars, communications equipment was developed and refined to suit modern warfare techniques.

By the early 1950’s military communications equipment had progressed significantly. AWA were making the A-510 transceiver which was a portable, battery operated, 4 channel crystal controlled transceiver covering 2-10Mhz. Despite the low RF power output of 150mW when using voice communications, the established range was over two miles in the portable configuration and over 100 miles when used with a half wave dipole in “ground station” mode. It weighed 9Kg 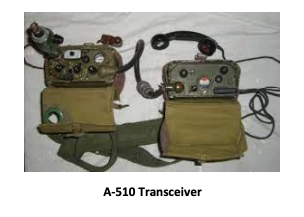 By the beginning of the Vietnam War, most military radio communications equipment was manufactured in the USA. Troops in Vietnam used the AN/PRC 25, a valve, multichannel VHF FM transceiver with a power output of 2 watts and a range of approximately 5 miles. It weighed 12Kg. This model was superseded by the PRC-77 which was also VHF FM, had the ability to use voice encryption, and had a solidstate power amplifier, reducing the weight to 6kg. 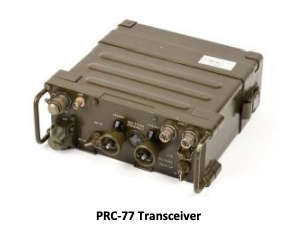 By the 1970’s AWA was producing a fully solid state HF transceiver covering 2-12Mhz in 1Khz steps, utilising CW and USB modes, operating from an internal Nicad battery, and was capable of 10 watts PEP output power. The receiver drew 35mA, and the entire transceiver including backpack weighed just 9 Kg

This snippet of radio equipment development history allows us to contemplate the huge improvement in performance, and at the same time give thought to those who persevered with heavy cumbersome and poorly performing equipment, during times of conflict.

The Future Of Shortwave.