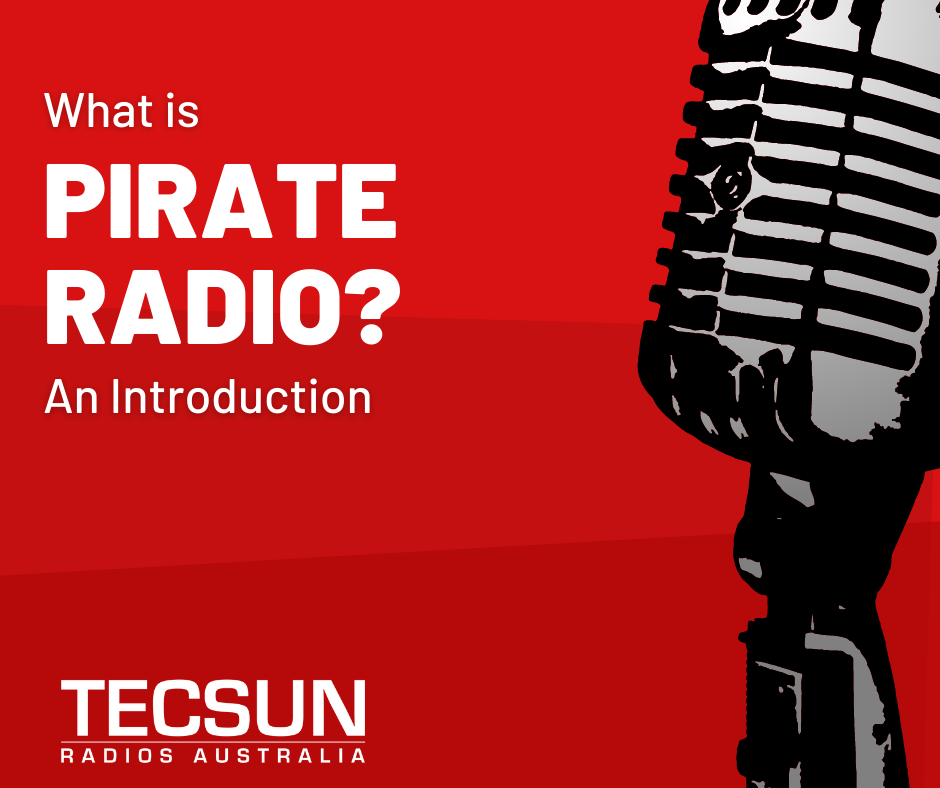 Pirate radio is the name for somebody who broadcasts over the airwaves without a valid license, But it gets deeper than that.

There are several factors that would classify a broadcaster as a “Pirate”.

Besides not having a valid transmit licence, actions like failure to transmit a station identification or exceed the transmit power ( wattage) limit of the station, even if it is simply an amateur radio transmission can be deemed “pirate”.

Interestingly, many of these transmissions contain content that is legal in the country of origin, however trouble can occur, when the information transmitted is illegal in the region or country where it is received.

This name came about during the “Summer of Love” in San Francisco during the 1960s.

These secret and unlicensed land-based transmissions of “free radio” were tagged as being pirate due to the radio transmissions being beyond government control, as was offshore radio in the UK and Europe.

Have you seen these movies that feature shortwave? 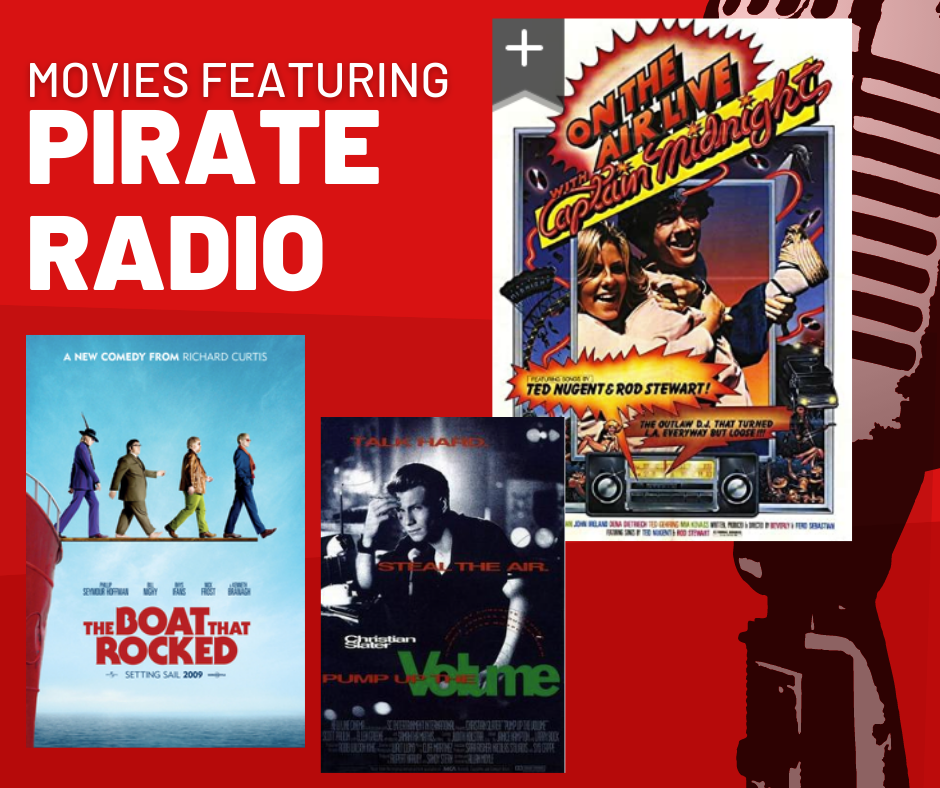 Jump ahead to the 1990s film “Pump Up The Volume” with Christian Slater. Mark is an intelligent but shy teenager who has just moved to Arizona from the East Coast. His parents give him a short-wave radio so he can talk to his pals, but instead he sets up shop as pirate deejay Hard Harry, who becomes a hero to his peers while inspiring the wrath of the local high school principal. When one of Harry’s listeners commits suicide, inspired chaos breaks out at the school and the authorities are called in to put a stop to Harry’s broadcasts (info from IMBD)

More recently pirate radio is seen in the 2009 film, “The Boat that Rocked”  a 2009 British comedy film written and directed by Richard Curtis about pirate radio in the United Kingdom during the 1960s.The story is loosely based on the famous pirate radio broadcaster, “Radio Caroline”. The station operated in international waters off the coast of the UK, broadcasting pop music the BBC would not include in their programming..

There are still many pirate radio stations in operation today available for you to listen to like Free Radio Santa Cruz (FRSC) which is an unlicensed radio station in Santa Cruz, California, United States. The station has been on the air since Spring 1995; its broadcast content is a mix of daily news, music, and cultural programs, produced both locally and nationally. Free Radio Santa Cruz exists due to donations, membership, and listeners can call in live during shows.

Recently, there have been claims that the FCC (Federal Communications Commision) that they are cracking down on pirate broadcasters and several broadcasters in NYC have been sent legal letters to cease illegal transmission or face fines up to $2M.

It may very well be an interesting time for pirate radio.

The Future Of Shortwave.