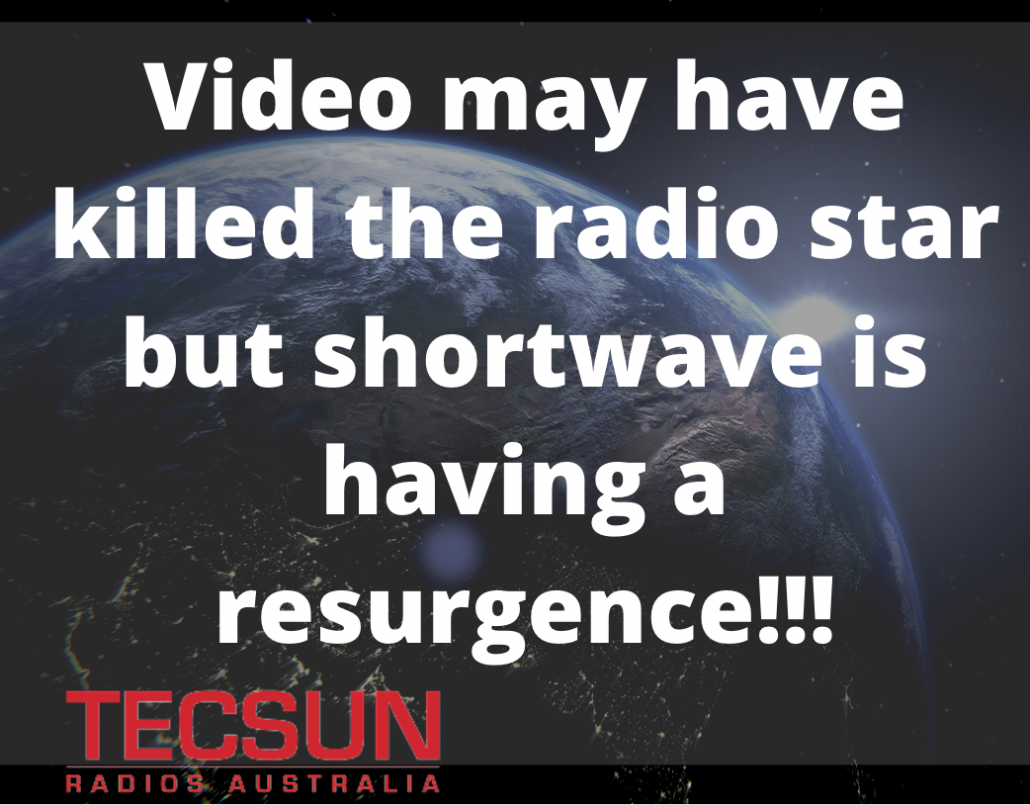 Shortwave radio, the original and most crucial form of radio communication in our history, and dropped by many countries 20 years ago, is set for a resurgence!

Used heavily during the Cold War, shortwave was vital for communications in isolated areas.

After the war, listenership dwindled and as the equipment aged and the energy bills continued to accrue, one of the first in line for budget cuts was shortwave, with no importance placed on replacing it.

Not unlike the song, “Video Killed the Radio Star”, many say that satellites and the internet killed shortwave radio.

Really it is a combination of technology and content delivered directly to the savvy FM listener and streamed to the cell phone obsessed user generally at a reduced cost compared to shortwave.

As Shortwave dwindled, radio began being broadcast in FM and DAB modes to radios, devices, and laptops, with thousands of listening options.

This new technology, however, in many countries is not without its issues. At first, it might appear that these are cheaper and more modern options, but slow buffering times, multiplexed DAB+, excessive and expensive cost of data in many countries, as well as a listener’s preference for anonymity has seen a return to shortwave.

As mentioned in previous articles the emerging ability to transmit shortwave radio digitally using DRM ( Digital Radio Mondiale) has seen a resurgence in the use of shortwave due to its wide coverage and heavily reduced cost.

Specifically China has opted to use DRM Shortwave to provide full coverage to the areas between the large cities.

Indonesia and Brazil are also said to have expressed interest in adapting their shortwave analog over to DRM for greater coverage.

As mentioned previously Vanuatu, has recently opted for DRM shortwave to save lives in disaster situations by using its integrated emergency warning capability, and a site in the United States has recently started broadcasting in DRM the popular Radio Marti programs toward central and Latin America.

As many areas of the world are re-discovering the value of shortwave we may see the resurgence of shortwave being replaced by its new digital form.

Are you interested in listening to Shortwave radio? Imagine picking up and decoding radio stations from remote areas of the world? Re connect with the world during this time of isolation.

Tecsun Radios Australia has a great range of Shortwave and Digital radios available. 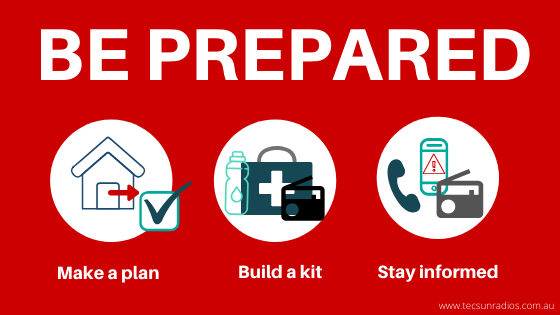 What you need to do to prepare for a natural disaster or emergency including what essentials you will need to pack in your emergency kit.

Its important to have a discussion with your family on what you would do in the event of a fire/ flood or other natural disaster event before the actual event takes place.

Its important to discuss the following.

How will you access emergency alerts and messages and monitor events?

The best way of receiving event alerts and updates is via radio. ABC broadcasts hourly updates, more if needed in the local area to keep you informed. In many cases Emergency Services will call the radio station directly. Radio is also the failsafe method of receiving these reports when power is cut and networks are down which often happens during natural disasters.

Make a list of radio frequencies of the local ABC and Community radio stations, so you know where to listen. You can find our guide here 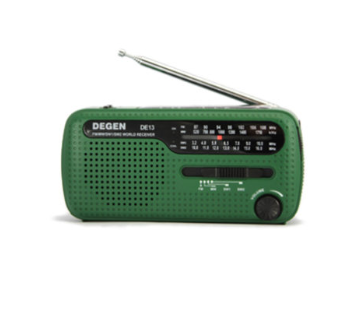 In an emergency dial 000. Access to 000 is available on all mobile networks regardless of which network you use. Roaming arrangements are in place so you can use any available network.You can even dial 000 on a phone with no SIM.

Download the “Emergency +” app onto your phone. Do this before any emergency and take note of your GPS location. You might need this for emergency services if they have to find you. The Emergency + App wont work without mobile phone coverage. 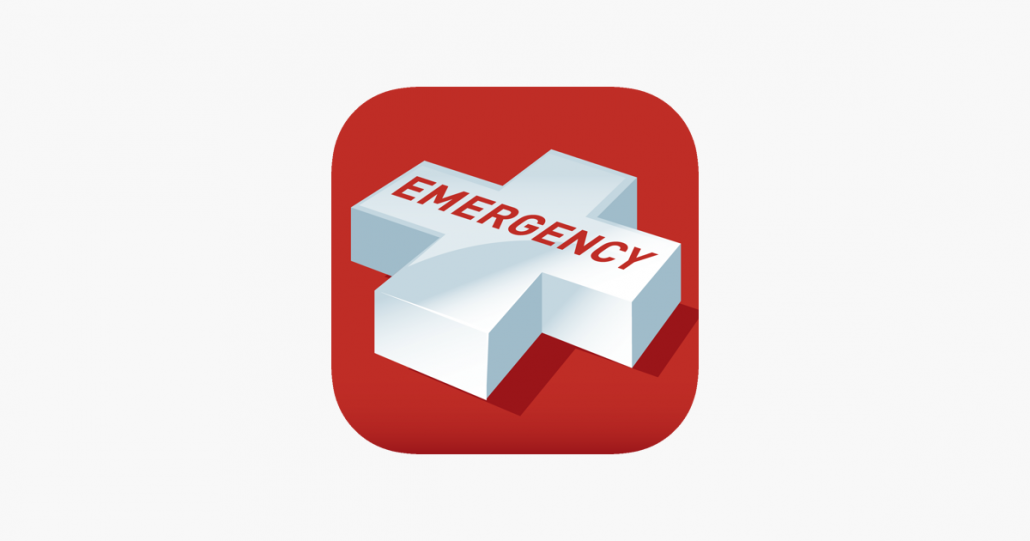 Tune in to your local radio, local ABC/emergency broadcaster frequency. You may want to consider a solar powered or battery operated radio because power is often the first thing to go in emergency situations.

If you still have internet keep an eye on the BOM app and investigate your local Flood/ natural disaster and fire apps like the Rural Fire Service “Fires Near Me” App. 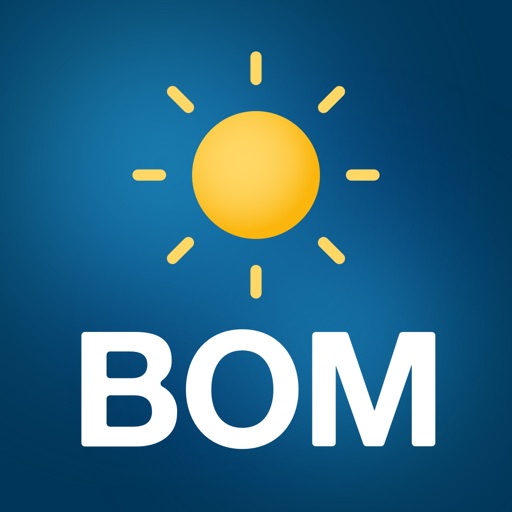 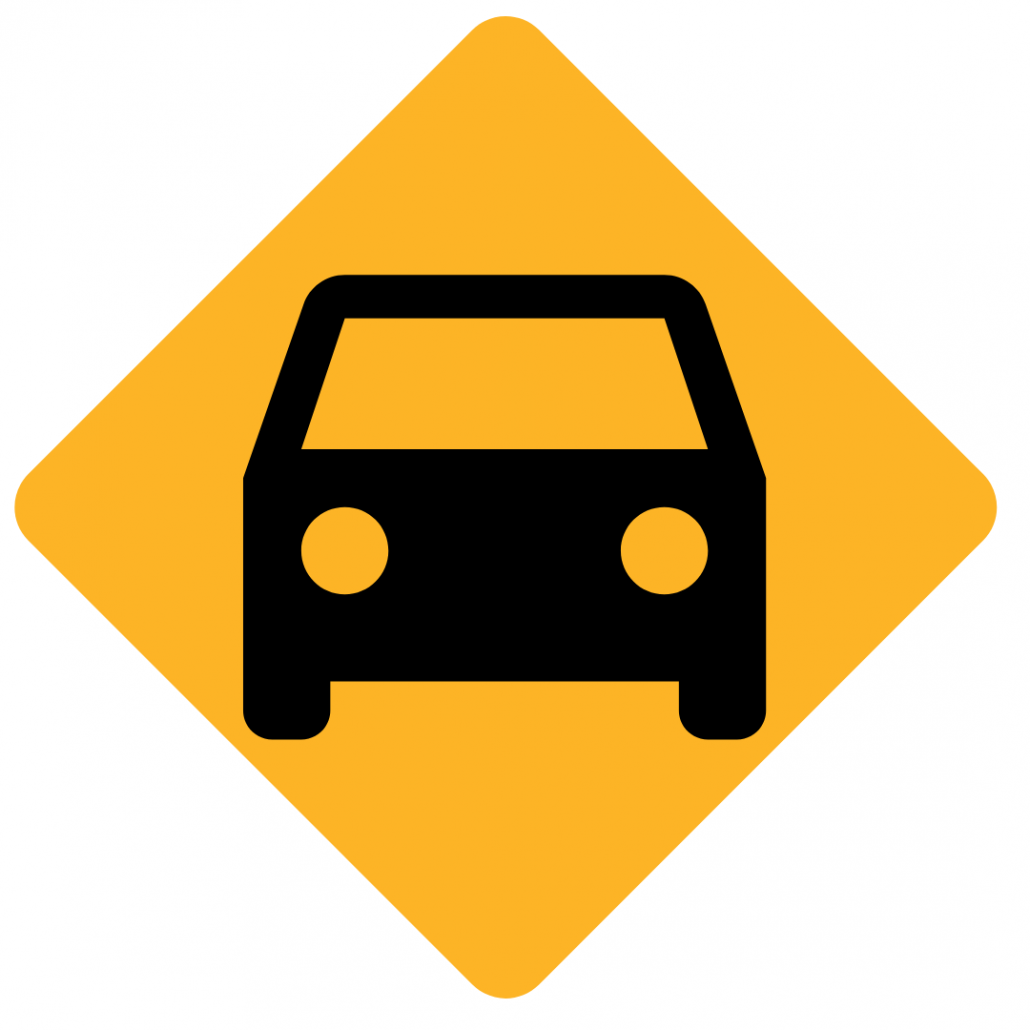 If you are driving, keep updated on road conditions and closures by checking the NSW Transport “Live Traffic” App. There are similar Apps in most states.

At what point would you leave your home?What will be your sign to leave? It could be smoke or fire in your area, lightning and heavy rain or floodwater approaching your property.

Where will you go? Where is there a meeting place that’s safe and away from the disaster area? It might be a friend or relative’s place, or even a shopping centre. Most regional towns have a designated “safe place”. Most local council or community associations have a designated “Safe Place” for residents to go in an emergency.

Find out where your “Safe Place” is located.

What will you take? What would be your essentials you would like to take with you if you were forced to leave your home 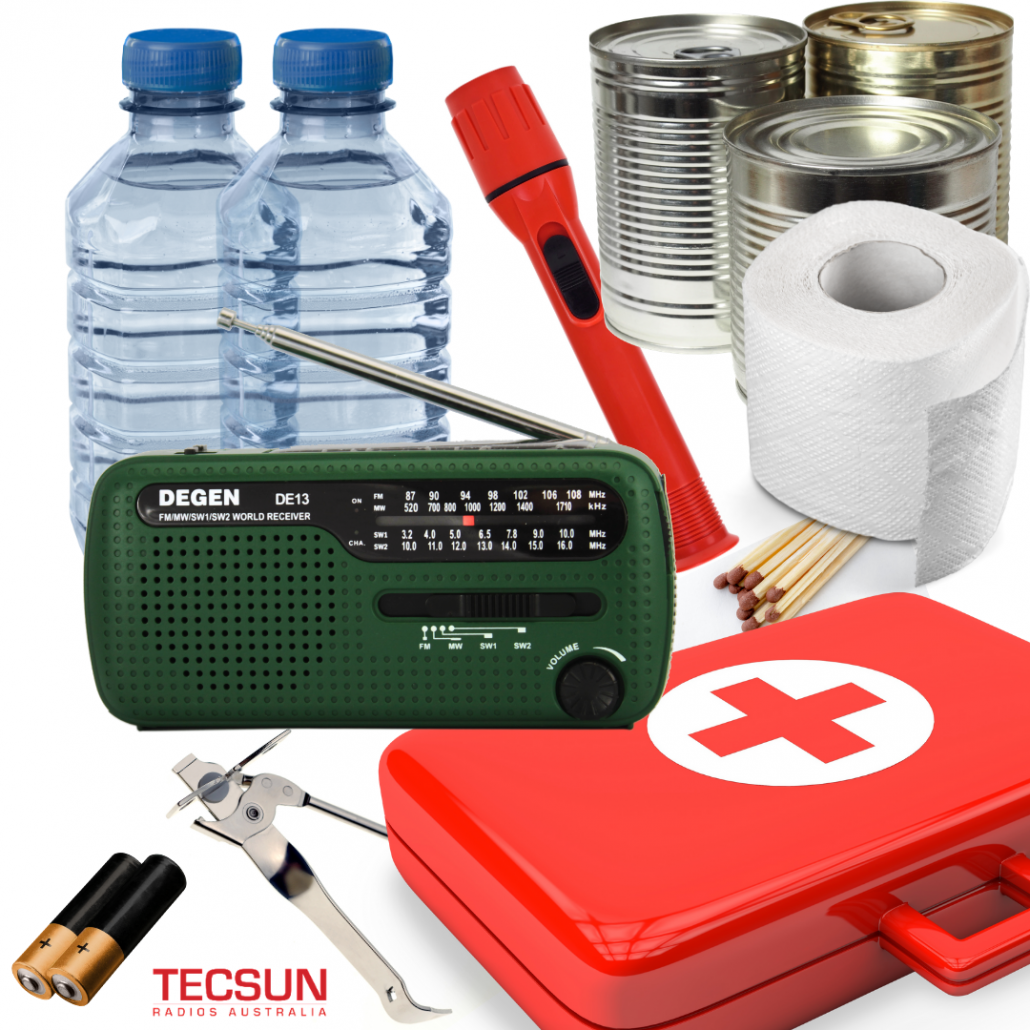 Pack a backpack with the following supplies and keep it somewhere safe that is easily accessed when needed.

Storing items in airtight plastic containers and sealer bags will help keep your belongings dry and in good condition both while in storage and during the emergency situation.

Repack expired items as needed and re pack/ check your emergency kit every year.

We reccomend the DE13 which features light, alarm, inbuilt Solar Panel and Dynamo hand crank charger that allow you to recharge the internal battery or charge any device by  USB or mini USB including your mobile phone. This is the perfect radio to keep for any emergencies

To get yours, Click here to be directed to this product in our online store.

One of the oldest and trusted services.

In the modern age where internet technology, social media and informational apps reign supreme the Vanuatu Broadcasting Television Corporation (VBTC) is investing AUD$12 million in upgrading its national radio service through its shortwave and medium wave (AM) service.

VBTC chief executive officer, Francis Herman says In Vanuatu many of the villagers do not receive television transmissions and currently only 30% receive radio transmissions.

Radio Vanuatu is the only viable means of reaching Vanuatu’s rural population.

With the new upgrade that coverage will increase to 100% right across the 80-plus Islands of Vanuatu, connecting the country.

As listed by the United Nations, Vanuatu is one of the most disaster-prone countries in the world and regularly experiences earthquakes, cyclones and floods.

Information is crucial during these events.

Shortwave radio is an essential complement to Vanuatu’s national radio service due to its far reaching capabilities even when the power, internet or local networks are down.

Technology commentator Peter Marks said “Shortwave comes from over the horizon it will continue to work even when local conditions are difficult like extreme weather that might knock out local FM and AM stations and internet,”

A cost effective way to reach the population of Vanuatu to deliver important messages.

VBTC chief executive officer, Francis Herman says “Radio as you know is cost effective, people can pick it up on their phone, in the villages where television can not reach, radio is the companion for people,” .

“We have general elections in March next year, we are about to head into the cyclone season beginning in November and so its important, it’s crucial that the people of Vanuatu can get access to a reliable and credible broadcaster,” Mr Herman said.

This is why investing in a national shortwave service is even more important than ever even in the modern age.

Radio Vanuatu can be found at.

Radio Vanuatu features a morning show with Dorinda Mabon from 5:30am till 9am 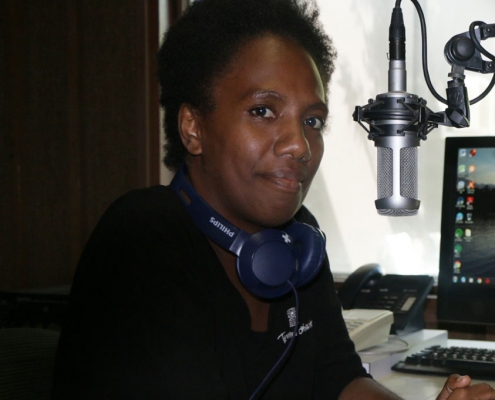 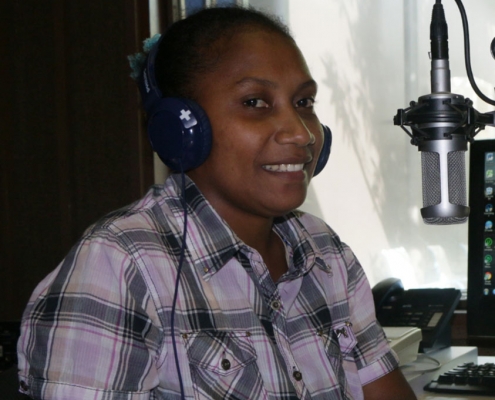 Do you currently listen to Vanuatu radio? We would love to see your listeners report. 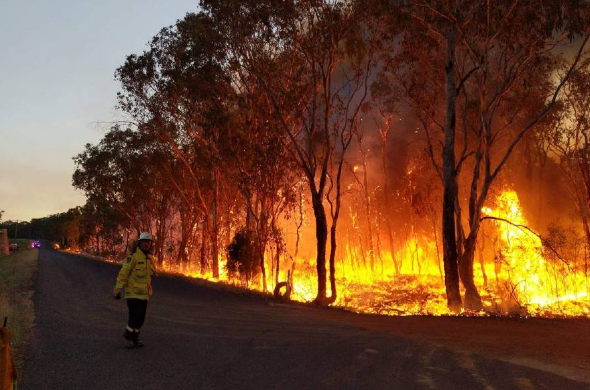 During this past week with the devastating fires that have occurred throughout Australia many people have been left cut off from loved ones with roads being blocked and widespread extreme fire danger.

During natural disasters, conditions can change in a second, a simple thing like a switch in the wind direction can change everything.

Holiday makers fleeing vast “tourist leave zones” have found themselves stranded without power and water. Whole communities have been forced to flee their homes.

Here’s our guide on the best ways to communicate during times of emergency including if you have lost power and internet.

This guide relates to use around Australia but also to communicate with people/ family overseas.

By using communication methods both online and offline and educating yourself on options for all situations including loss of power. You can ensure you are prepared at a time you may need it most.

Additionally, radio is a broadcast medium of communication meaning that many people receive the same message simultaneously so if you miss an update your friends and neighbours in the local area can hear the same message and relay it to you.

The ABC is the designated Emergency Broadcaster and will provide updates on local AM and FM stations in times of imminent danger. Additionally, the Bureau of Meteorology broadcast two weather services in the Shortwave Radio bands for Australia on the East and West Coasts. Both services broadcast bulletins and warnings on the hour.

In addition to this some radios on the market like the Tecsun DE13 Emergency AM/FM/SW Solar Radio includes some additional features like a Led torch. A red flashing distress Led light designed as a personal locator and distress siren. These compact hand held radios are built for situations where there is no power and utilise both solar and hand cranked power sources.

It’s important to make your own evacuation plan and be prepared for the worst. Natural disasters often occur without much warning so planning before hand will pay off when you need it most.

If you are interested in equipping yourself with an emergency radio, we have some great radios that are small enough to simply click on your belt, right through to larger versions with multiple capabilities.

Here are some of our most popular emergency radios. 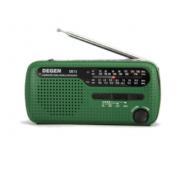 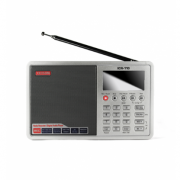 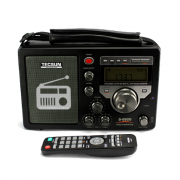 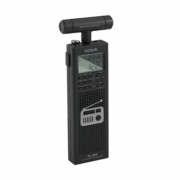 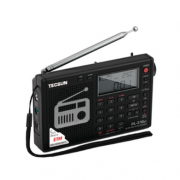 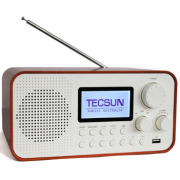